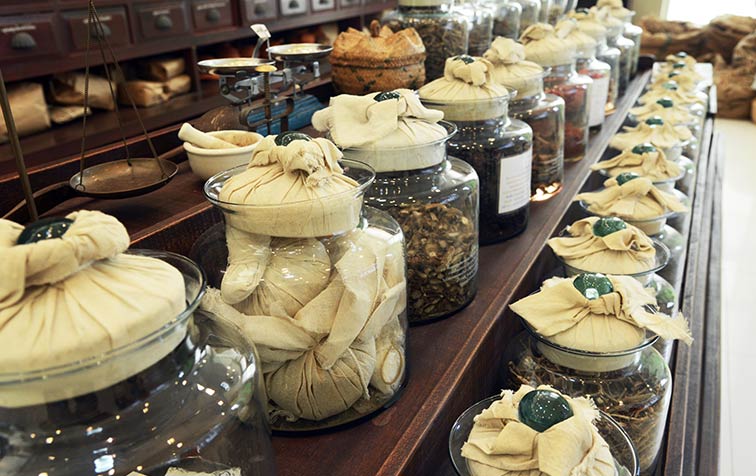 Traditional Chinese Medicine (TCM) has been practiced for over 5000 years in China. It is not surprising, therefore, between 65%-80% of the world’s health care services are classified as traditional medicine. The philosophy behind TCM is holistic health care, from diagnosis to treatment to maintenance. The Yellow Emperor’s Internal Classics, consisting of Plain Questions and Miraculous Pivots, has 18 volumes, each with 81 articles. Its basic theory of TCM can be summarized as the followings:

(1) One unity concept is stressed: The human body is an organic whole; health and diseases have certain relations to natural environment.

(2) The theories of yin-yang and five elements are applied to physiology, pathology, diagnosis and treatment to find out fundamental laws on diseases and their treatments.

(3) Importance is attached to viscera, channels and collaterals to expound the physiological functions, pathological changes and their relations of five zang-organs, six fu-organs, twelve main channels and eight periphery channels.

(4) Under the guidance of the above-mentioned theories, descriptions are made on six exopathic factors, seven emotions, diet, internal injury caused by overstrain, and other causes of diseases, as well as on the pathological changes of viscera, six kinds of natural factors, channels and collaterals.

(5) Prescriptions are made on four diagnostic methods of inspection, auscultation and olfaction, interrogation, pulse feeling and palpation, and their concrete contents.

TCM possess a unique theoretic system, rich clinical experience and excellent clinical effects. It has made great contributions to the health of mankind. Either now or future, based on its own potential, TCM will play an increasingly important role in promoting the development of a world medicine, and attract more attention from people around the world.